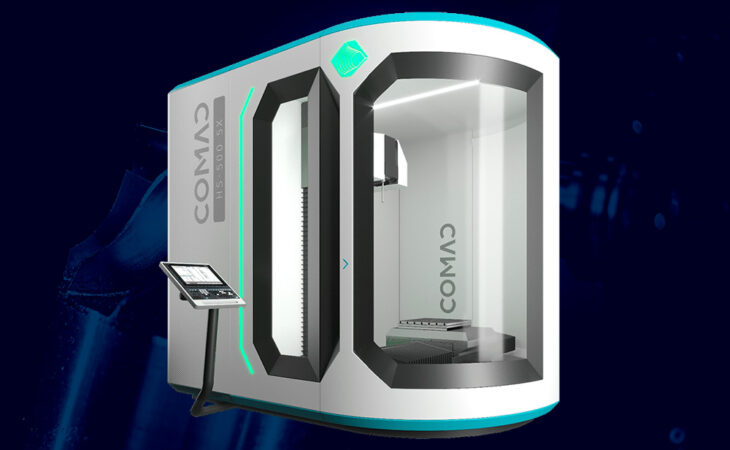 Computer Numeric Control (CNC) is a system that allows the control of machines, being used mainly in lathes and machining centers. It allows the simultaneous control of several axes, through a list of movements written in a specific code (G code). For this reason, the NC (NC, Numerical Control) created by the Massachusetts Institute of Technology (MIT) was developed in the 1940s, initially using perforated tapes and with the advent of the computer evolved into the CNC. With this, the objective of making complex, serial and high-precision parts was achieved, especially when used in conjunction with current CAD/CAM programs.

The introduction of CNC in the industry has radically changed industrial processes. High complexity profiles are easily machined. Structures in 3 dimensions become relatively easy to produce and the number of steps in the process with operator intervention is drastically reduced. The CNC also reduced the number of human errors (which increases product quality, reducing rework and waste), streamlined assembly lines and made them more flexible, as the same assembly line can now be adapted to produce another product in a much shorter time compared to traditional production processes. Following the technological development of information technology and the tendency for an increasing interactivity with the user, the code and machine language also evolved.

Types of machines with CNC variation

The type of machine that uses CNC varies according to its work process.

WHAT IS CAM SOFTWARE?

cladding (1) comac (2) laser (1) máquinas cnc (1) Novidades Sprutcam (1) senai (1) software cam (2) sprutcam (4) Sprutcam 15 (1) Sprutcamrobot (1) Treinamento (1) usinagem (1) zw3d (2) zwsoft (1)
We use cookies on our website to provide you with the most relevant experience, remembering your preferences and repeat visits. By clicking "Accept", you agree to the use of ALL cookies.
Privacy PolicyTO ACCEPT
Manage consent

This website uses cookies to improve your experience while you navigate through the website. Out of these, the cookies that are categorized as necessary are stored on your browser as they are essential for the working of basic functionalities of the website. We also use third-party cookies that help us analyze and understand how you use this website. These cookies will be stored in your browser only with your consent. You also have the option to opt-out of these cookies. But opting out of some of these cookies may affect your browsing experience.
SAVE & ACCEPT